Two partners, each with twenty years experience. Dozens of satisfied clients and hundreds of resolved cases across all branches of law. Our clients range from individuals to one of the leading real estate owners in Europe. We would certainly appreciate if you would also be our client. Give us the opportunity to prove our abilities to you.

We offer absolutely top-notch legal services without differentiation between small and major cases; our approach is always comprehensive. We offer exceptional experience, particularly in the law of contracts and real estate, including development and trading in real properties. We provide our services in both Czech and English languages.

Quality of service and loyalty are essential parts of our personal approach to clients. Clients’ interests, including economic ones, always come first. We strive to win your trust every day because we favor long-term cooperation over short-term profit. This is our promise to you. We wish to be your partners today, tomorrow and every day after.

due diligence, preparation of contracts on acquisition, financing and execution of developer projects, agreements on lease and on infrastructural applications; legal advice to owner associations, draft of owner of building declarations

comprehensive legal assistance including the formation of all corporation types, the preparation of increase or decrease of capital and other corporate changes, and the conversion, restructuring or liquidation of business corporations

comprehensive legal advice regarding acquisition projects in cooperation with tax consultants, the elaboration of corporate basis, organization of company closing, document archiving, and the registration of conversion with the commercial register

administration of claims, representing clients in civil litigations before general courts, arbitrators, and standing arbitral tribunals, both in respect to active enforcement of client rights or other interests and in defending clients as respondents

providing legal advice in all fields of civil law, such as personhood or similar rights, family law including divorce law, inheritance law, legal assistance in field of rights in rem or obligations, including elaboration of various contracts

providing legal assistance to clients in all phases of criminal proceedings, defence in criminal matters and representation of injured parties; Pavel Jicha and Robert Holman also provide ex officio services in the territory of Prague

comprehensive advice in the field of labour law, including elaboration of employment and other similar contracts, setup of internal employer policies, assistance in organisational changes, representing clients in labour disputes

providing comprehensive advice in preparation and implementation of advertising and similar projects, including in-depth legal analyses of motive and conception of campaigns and preparation of all related agreements

JUDr. Ing. Pavel Jícha graduated at first from the University of Economics, Faculty of International Relations, majoring in international trade and taking law as the second branch of study (1997). Immediately after completion of his studies at that university, Pavel Jícha headed trade agencies of leading Belgian and German metallurgical companies in the Czech Republic and in Slovakia. After graduating from the Faculty of Law, Charles University (2001), he became a lawyer, working at first as an associate in prominent laws offices in Prague, i.e. Šváb, Zima and Partners and Hrazdira Kalužík Douděra Wenzl (presently HKDW Legal s.r.o., Attorneys-at-law). After passing the bar exam in 2005, he continued to closely cooperate with the last mentioned law office as an independent attorney-at-law. In 2007, he accepted an offer of an important Czech developer, Sekyra Group, a.s., to manage of its activities abroad – in the central and eastern Europe, particularly in Russia and Ukraine. His successful work in the company ended at the position of Senior Business Development Manager. In February 2011, he established his own law office and has been providing his services since 1 July 2015 together with his colleague Robert Holman in the law office Jícha & Holman, which has resumed the activities of Pavel Jícha as an independent attorney-at-law.

Pavel Jícha has gained abundant experience particularly in corporate law, law of contracts, execution of real estate transactions with a special emphasis on acquisition and sale of developer projects, and in housing law. He also represents clients in private litigations and in administrative proceedings.

Pavel Jícha provides legal services in the Czech and English.

Robert Holman is a graduate of the Faculty of Law, Masaryk University in Brno (2003). During his studies, he worked as a paralegal with several law offices. Until his bar exam, which he passed in 2007, he worked as an associate in the renowned Prague law office Hrazdira Kalužík Douděra Wenzl v.o.s. (presently HKDW Legal s.r.o., Attorneys-at-law), with which he then continued to cooperate successfully at the position of Senior Associate. On 1 July 2015, he formed with his colleague Pavel Jícha the law office Jícha & Holman.

During his many years of work as a lawyer, Robert Holman has gained extensive experience in the field of law of obligations, particularly with negotiation and preparation of commercial contracts, including mergers and acquisitions. Robert Holman represents clients in civil and commercial litigations, including arbitration. He also defends clients or represents injured parties in criminal proceedings. Robert Holman is also experienced in labour law, intellectual property law, competition and advertising law.

Robert Holman provides legal services in the Czech and in the English language. 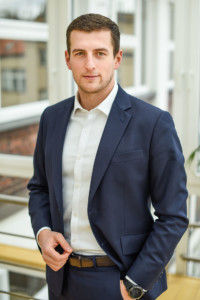 Mgr. Karel Šolín graduated from the Faculty of Law, Charles University in Prague, in 2015. From September 2012, he had been working as a legal assistant in the law office of JUDr. Ing. Pavel Jícha. Since July 2015, he has been an associate in the law office of Jícha & Holman. During his studies, he also worked as a legal assistant in renowned law offices and as a trainee at the District Court for Prague 1 and Prague 7.

In his legal practice, Karel Šolín focuses specifically on corporate, real estate and commercial law and on the law of civil obligations, labour law and civil procedural law.

Karel Šolín provides legal services in the Czech and in the English language. 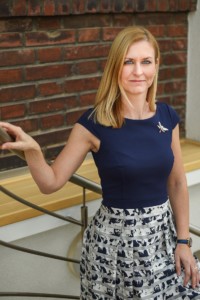 Venuše Kolečková graduated from the Faculty of Law, Charles University  in 2008. During her studies she used to work for several legal offices and completed internships at District Court of Prague 5 and Municipal Court of Prague.  After the gradution she embedded for several years in a prominent Prague  law office Hrazdira Kalužík Douděra Wenzl v.o.s. (currently HKDW Legal s.r.o., advokátní kancelář), iniatially as an associate, and later, after passing her bar exam in 2011, as an independent attorney-at-law. In 2019 she has strengthened the senior team of law office Jícha & Holman.

Venuše Kolečková is focusing mainly on the corporate law, bancruptcy law, M&A, real estate law and housing and cooperative laws. She has gained abundant experience also in the area of family law, and she often represents her clients in child care and divorce proceedings and during negotiations on their joint property of spouses settlement.